Although it has not been proven, it is commonly believed that California condors mate for life. Every other year, the female lays a clutch consisting of a single, whitish egg approximately one month after copulation. The egg incubates for  54-58 days. Both parents incubate the egg in turns, each shift lasting about 2-5 days.  California condors typically hatch in early April or May, and are born covered with white down, with a naked head, neck, belly and underwing. Once the chick is hatched, both parents feed and brood (warm) it many times throughout the day for the first few weeks of life. As the chick gets older, it grows a woolly, grey down, gets fed once per day, and is brooded only at night. The chick begins to wander outside the nest when it is about 8 weeks old. The chick becomes juvenile at 18 weeks to 2 years of age. At this time, the condor's head and beak become dark grey, and its down is replaced with developed plumage (at 24-25 weeks old). At 5-6 months old, the young condor begins to practice flying short distances. Towards the end of the year (September or October), many juveniles leave the nest, although they will remain dependent on their parents throughout their first winter. California condors become immature adults in their second to fourth year of life, but are not sexually mature until they reach 6 years of age.


Below, up to down: egg, chick with white down, chick with grey down, juvenile, and sexually mature adult. 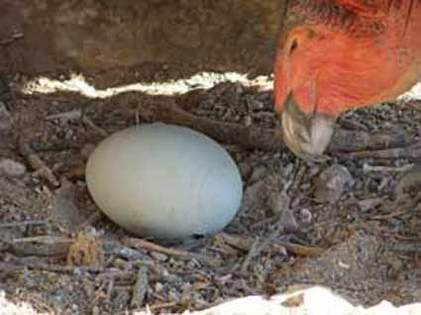 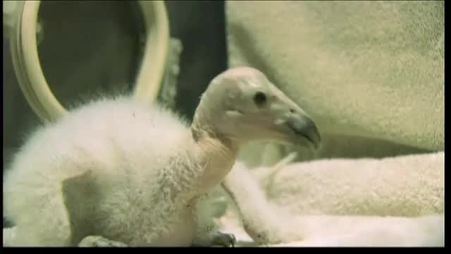 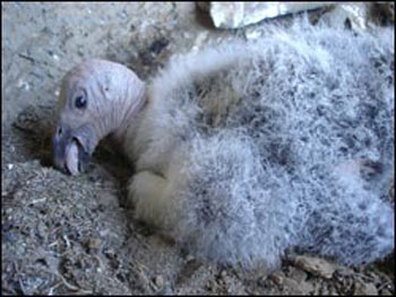 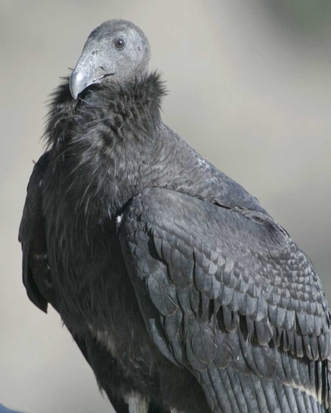 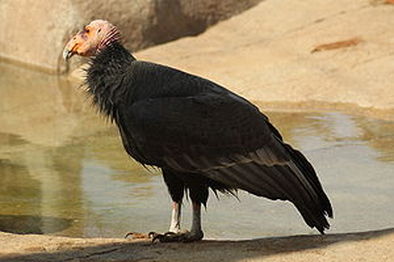